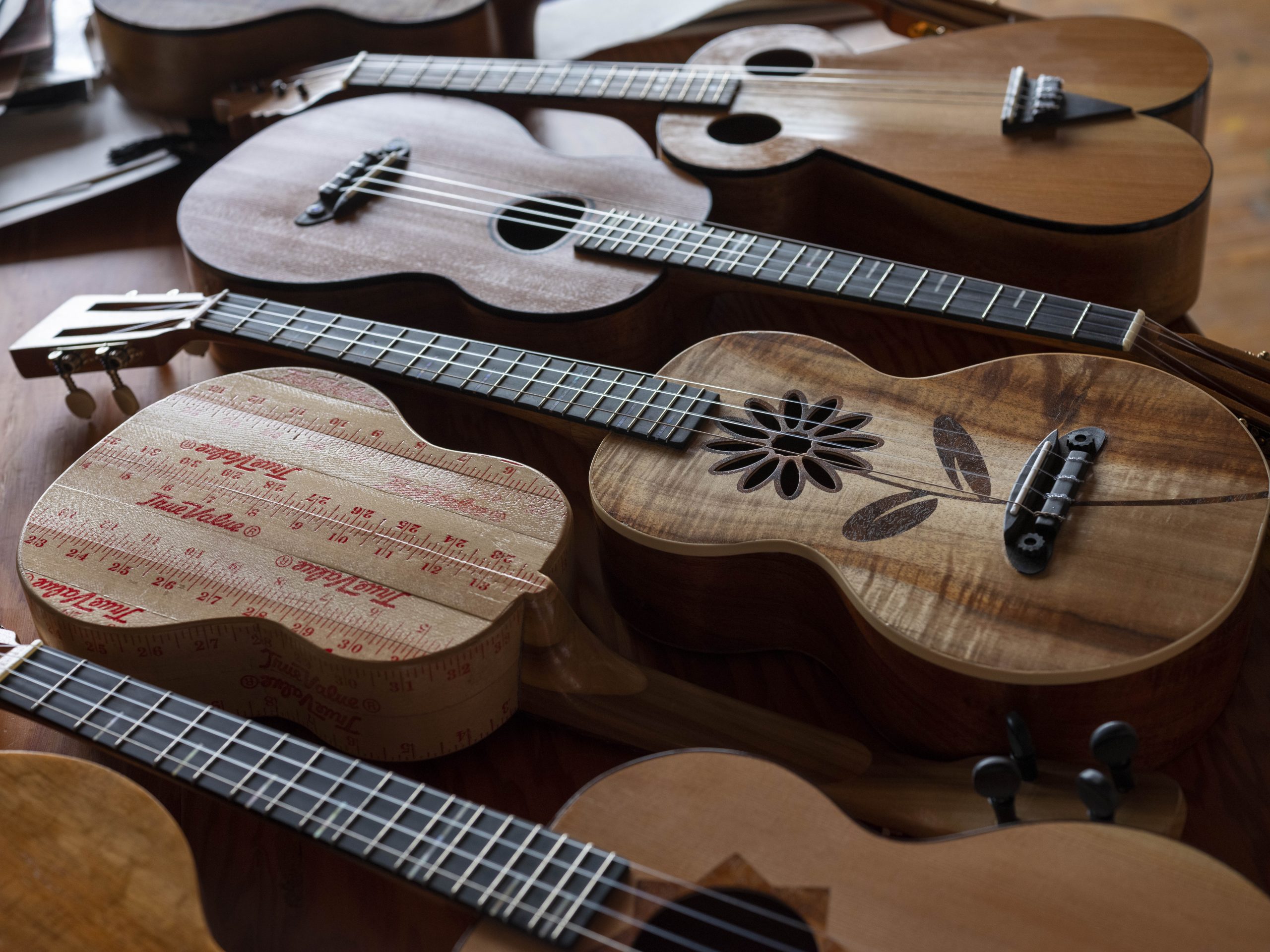 “Mike Lyon has been called a father of post-digital printmaking because of his extraordinary use of digital technologies. He has created large drawings, paintings, and woodblock prints using computer software that he has written or adapted to control machinery, and he has invented or adapted the machinery itself in order to manipulate traditional tools and materials using very unconventional methods.”

“Mom died May 5, 2013 and Dad on Feb. 25, 2016. After Dad’s death, I had to deal with their estate and the disposition of their personal effects, and I felt depressed. My artwork is highly conceptual and technically demanding, and I just didn’t have the energy to focus on it. I’ve always been driven to make stuff, and I strongly felt the need to use my hands to make something useful, so I started building ukuleles. Two years went by while I made one drawing, a couple of woodcuts, and more than 25 ukuleles. By spring of 2018, I felt better. I picked up where I’d left off, experimenting with drawing, painting, ukuleles and guitars.”